P = Elysium? Yes, so it does. Allow me to quote a few definitions to prove this:

We live (yes, we are alive and kicking), high up on a hilltop in the tiny coastal town of Elysium, nestled between Ifafa and Mtwalume on the KwaZulu-Natal South Coast. During the off-season, we are just about the only people on the beach. Beaches. We can choose any one of the three beaches: Elysium right at the bottom of the hill, Ifafa beach to the left (a brisk walk of about 4,3 km) and Mtwalume beach to the right (a mere 1 km away).

Feel like an early morning swim? We have a choice between two tidal pools. We can always shun the tidal pools and go swimming in the Mtwalume river or lagoon. We only brave the waves in season, when the shark nets are in the water and the lifeguards on duty. Feel like fishing instead? Anywhere along the beach(es), river or lagoon will provide the bounty.

On those days when we do not feel like going to the beach, we go for a walk on the hilltop or down below in the river valley, but on those days we wear protective gear right down to heavy duty knee-high boots; this is snake country and yes … they are venomous. You don’t want to tangle with a black or green mamba.

But what is Paradise without a snake or two?  😀

[I decided not to bore you too much and chose only a few photos. Click on any image to enlarge] 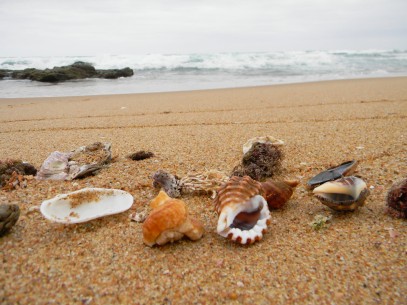 Shells collected during an early morning stroll on the beach 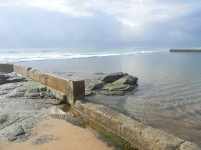 The Mtwalume river lagoon opens into the sea after heavy rains

A jetski spotted from our balcony early in the morning 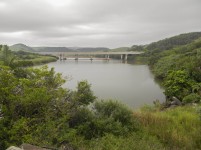 The motor bridge (N2 freeway) over the Mtwalume river 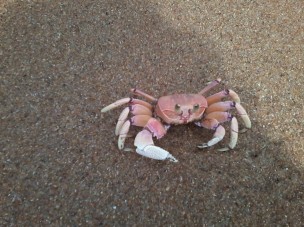 Bushbuck ewe in the grass on the hilltop

Naughty little Vervet monkey helps himself to our breakfast fruit 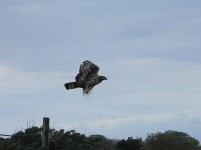 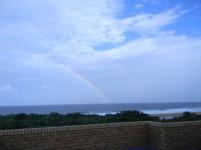 A rainbow over the ocean after a thunderstorm, as seen from our balcony

Egyptian Geese on the rooftop

Cruise ship spotted from our balcony

A colourful grasshopper in the grass on the hill

Relections on the Wild Coast

Debris on the beach 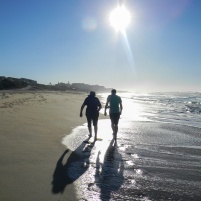 Water lilies in the river valley 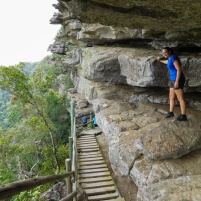 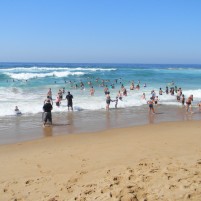 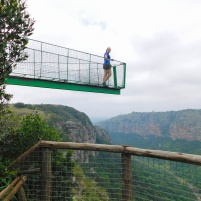 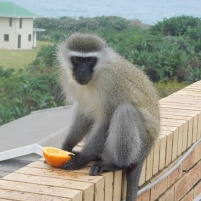 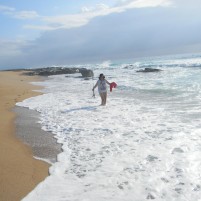 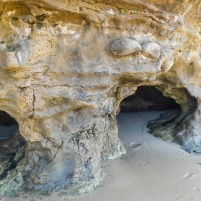 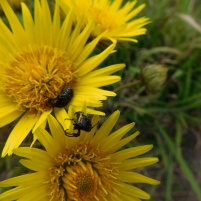 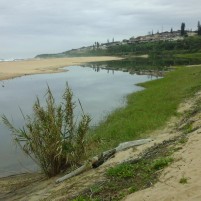 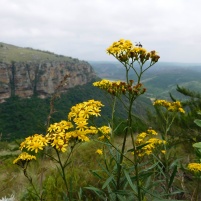 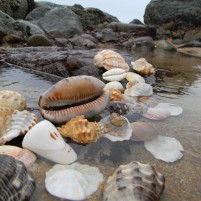 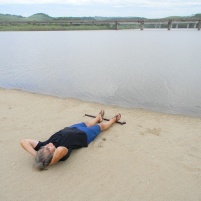 Taking a break at the lagoon 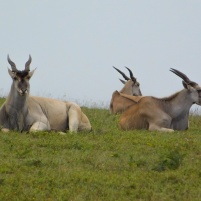 Patiently waiting for the nibble on the line 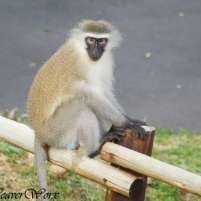 Lifeguards and holidaymakers on Bazley Beach 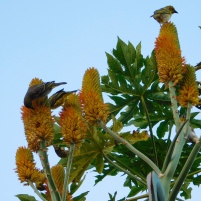 A River Runs Through It

The Swallows are Flying Again

The Other Side of Paradise – WIND 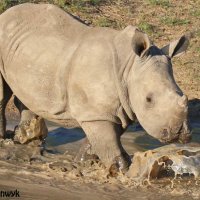 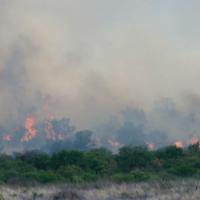 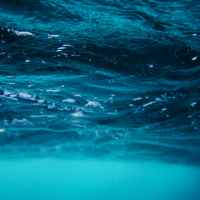